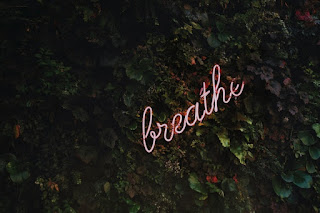 The current unprecedented effort to #flattenthecurve and reduce the impact of COVID-19 has had parents emotionally engaged in conversations about health on social media more than ever before. How to climb the veritable avalanche of constantly developing information only seems to help build upon the tension we carry as we have our kids to think about as well.

I found myself in a rather unique position these past couple of weeks as someone who spends a lot of time on social media for both work and advocacy engaging families of children with a variety of disabilities. Now I am the first person to willingly admit that I am not a scientist. I have a deep passion for science. I'm either friends with or know and partner closely with A LOT of researchers. I love to discuss things like the state of health science and health care systems. I can say that my family supports me in such an incredible way, and yet they really don't understand much about what I do. I hear that's a challenge a lot of researchers face with their loved ones! 😉 I am someone who likes to learn and to be challenged in my view of the world. Yet I am no doctor. If I am wrong about something, I will be the first person to shout it from the rooftops even if it gives me an anxious stomach ache sometimes.

My personal stance is one that attempts to dialogue with parents sometimes and challenge pseudoscience from a platform of common ground and compassion. Mind you it doesn't make me that well liked at times online. It's difficult to dig in and feel justified in your position when someone asks pointed questions from a place of kindness. It's taken me awhile to understand how best to support my parenting community and it works well for me. It's offered me an opportunity to work on an ongoing integrated knowledge translation study that's helping families after a disability diagnosis.

I've had a number of opportunities lately where I've been approached by parents of medically complex children. Many of the practices the world around us is recently learning about like "social distancing" are things we adopt on a regular basis to protect our kids. Yet in the spaces we often dwell in on social media, it can become increasingly frustrating to see the ongoing battle when it comes to misinformation. I was asked by a few people about writing about how we can improve the dialogue as parents and ensure that everyone comes at knowledge acquisition from an accurate place. It can be hard to know how to educate and encourage someone to see life from a different lens when what people say on the internet makes you rage internally. Everyone wants to feel empowered, but this is a stressful time that can show prime examples of something called "cognitive bias".

According to Wikipedia, "A cognitive bias is a systematic pattern of deviation from norm or rationality in judgment. Individuals create their own "subjective reality" from their perception of the input. An individual's construction of reality, not the objective input, may dictate their behavior in the world." What this means is that we all have the capacity to fall prey to an altered perception of our own reality and can lack judgement of our abilities.

One excellent example of a cognitive bias is the Dunning-Kruger Effect. This short video explains it better than I ever could.


People come at their motivation for learning about COVID-19 from a number of angles. It's important when you can to consider where people are coming from when they either engage you or you see them chatting on social media.

I mean think about it, one prime example would be those with a deep interest in true crime. Many people are addicted to a particular podcast called, "My Favorite Murder". The motivation behind it is to understand darker stories of the actions of people but to also taper this need to understand these tragedies with humor. It's become a community where people have even adopted the moniker as a fan called, "Murderinos". People don't get into a fascination with true crime out of a deep desire to one day be murdered. That would be crazy! I imagine people come into such an interest from a variety of ways. Some would be delving into the darker psyches of humanity, some might feel like they missed their calling as a forensic pathologist. If one adopted a more probative goal to understand why people get into the hobby, I imagine we could learn a lot of things about how we deal with darker narratives and experiences.

The same can be said about coming at a persons knowledge about pandemics. Some people are only recently coming into the necessity of engaging in health conversations and could be terrified. Some people enjoy being armchair epidemiologists which is one reason why this article came out a little while back.

People have used film as a way to ask fundamental questions associated with things like fear. Its pretty much the basis for a lot of classic sci-fi. I mean it's pretty fascinating to watch people cope their way through this pandemic. I see people binge watching outbreak movies and the Walking Dead. One unique lens on this is a recent documentary series James Cameron put out.

So my first point when communicating to others about accurate information is to:

1) Try to understand where the person is coming from.

If you ever want to see society grind civility to a halt, one needs to either head to Twitter or a Facebook comment section. Keyboard courage has become a bit of a gross reality and let me tell you it gets noticed by those who have adopted a more pseudoscientific lens. Was rather interesting looking at memes about ad hominem for this blog post, many of the posts created were made about people whose belief systems make me cringe. I'm just going to take it as a sign that we can in fact agree on a few things. I believe that the dialogue between parents can get better. Which leads me to my next point: 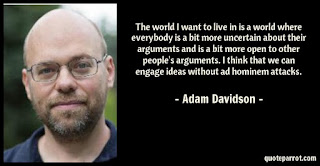 2) Few people have life changing revelations about their beliefs when they are made to feel stupid.

In fact quite the opposite. You will probably find that a person will dig into their stance should you bring name calling into the conversation.

3) Sometimes it's not about changing the mind of the person you are directly addressing. Sometimes it's indirectly communicating with the other people in the room.

Some concepts require education to be a long-term relationship of trust building and investment in sharing truths. Not all conversations end in minds changed in a single conversation. Sometimes the people you chat with can be the louder, more influential voices in the room. Sometimes what you say might not impact directly the person you talk to but change the mind of someone else watching the drama in your conversation unfold.

4) Much like your Algebra teacher taught you to do back in the day, "show your work".
"do your research!" is a common social media rally cry, but let's think about the message behind that.

"I have put out a statement and anticipate that you will in fact see me as an authority. If you don't, well you just didn't do the work to catch up on the conversation and I don't feel like doing the work for you. I made the statement, I trust in it, that should be all you need."

We could be SO MUCH BETTER than brushing off our fellow parents. To command authority where you in reality have none, means we need to share where we are coming from in conversations and why. It's ok to gently ask for more information from a person. Let them know you're trying to understand their point of view.

5)Validation and a little grace goes a long way. 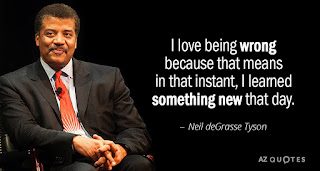 I often wonder about positive message memes online and what sort of hurt is behind the motivation to share them. Social media speaks a lot to protecting ourselves from the hurt of others. That we deserve to put space between us and the abuse of others. While these are valid steps, its also important to recognize that genuine connection in human conversation is sometimes composed of topics that make us uncomfortable. We as a society need to be better with the idea of sometimes being wrong about stuff. Sometimes it's worth taking a conversation offline and offering to buy someone a cup of coffee and catching up. You don't need to approach the conversation again, but social media has a way of lacking nuance. Sometimes there are things better communicated when you literally see the person as a whole.

It can be important to share with other people that they are still good people. Good people get steered in the wrong direction pretty much hourly. There can be uncomfortable feelings associated with the idea of being wrong. You can also be that friend that builds a person up after.

6) Learn a bit about common fallacies in common conversation.

It can help you identify ways we either help or hinder ourselves in our beliefs. This is a great series of videos that help to explain what I mean, be sure to check them all out on the YouTube channel.

7) Know your limits and be sure to take care of yourself.

It can be a lot to send yourself on a personal crusade to change people's minds on misinformation. Be sure to take time for you and practice a little self-care.

These are just a few things that have helped me in connecting with others. It's important to remember that if you are stressed, chances are that they are too. Tensions are high. We will get through this if we remember to be patient, kind and supportive where we can.

Wishing you all a safe time as you practice social distancing or self-isolation. ❤